Broken Doll.. Should have packed..

With the find of the "Singing Mailmen of Miami" I have started recording and cleaning the audio tracks.  The recording was done in 1961.  This is pre zip code days.  They are talking about properly "zoning" your mail. 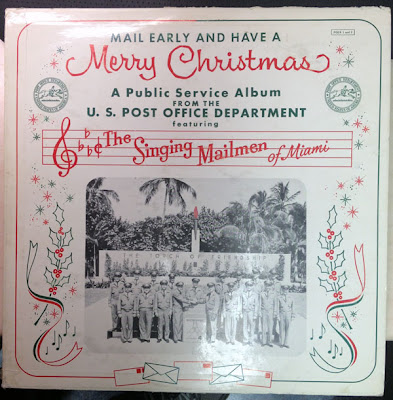 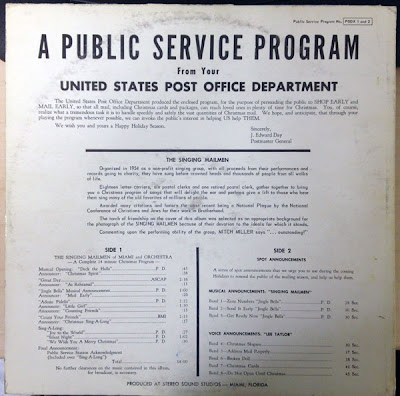 I am in the process of getting a store ready.

I need YOUR input. YES..  YOU.  I know what I like and what I would like to see in a single point of purchase kind of place.

Please note.  This is going to be interesting and it's going to take some time.

As of right now I have opened accounts with some great suppliers.

Now here are some of the ones I'm working on

Do you have some favorite products you like to use? Do you prefer nice stationery (original crown mill, G. Lalo)  I will be carrying note cards, letter sets as well as pads and envelopes separately.

I am not sure about pens as there are so many wonderful places to acquire these already.  Jet pens and Goulet Pens just to name a few.

So with this in mind, I am shooting for a mid year launch.  If all things go well and inventory can be had in time.

Look for changes coming and thanks for hanging around

Before we get to the fine folks that are receiving the packs of notebooks there is a little housekeeping to do.  We have the remainder of the entrants.  I waited until the mail came in today before heading over to random.org for the drawing.

There were 12 entries in all.

First for round 2 of the incoming is from Penny up in the great white north. 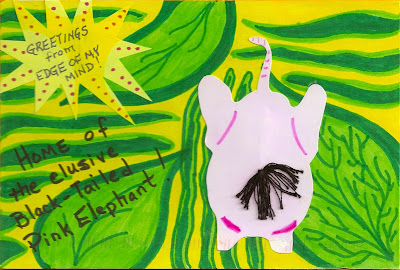 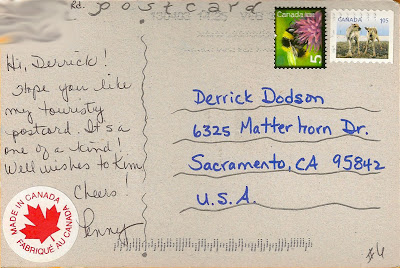 up next  there were 2 from Tammy.  REALLY like the stamps you guys have sent in. 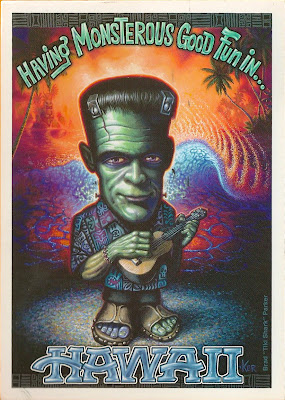 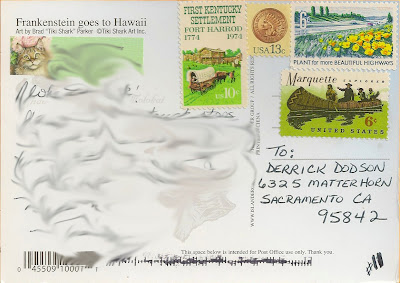 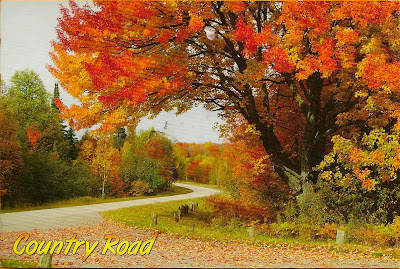 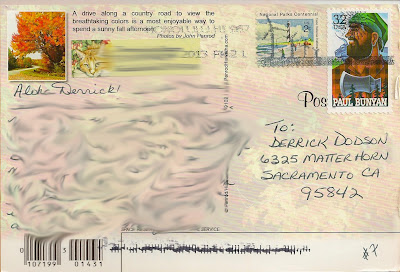 From the land of the guy in a REALLY BIG pair of spanx. 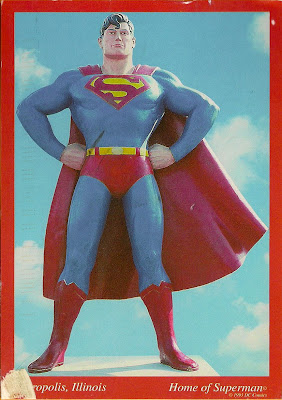 And a place where they advertise FREE ICE WATER..  No really free.  No need to purchase an Icee or burrito or nothin.  FREE.. 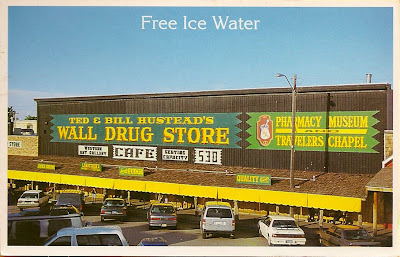 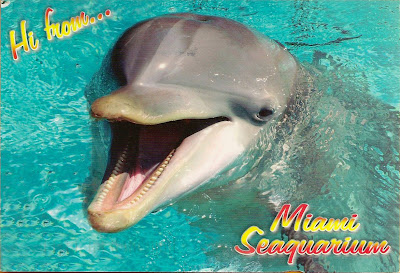 And the last person to get in on the giveaway is John - he's new :)  Last piece of mail that came in today.   There isn't anything like seeing a bunch of ladies on a booze run. 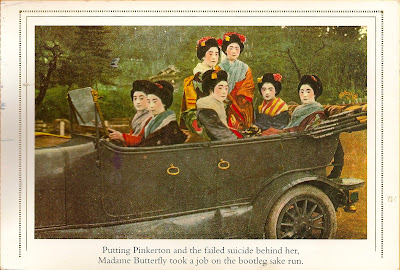 so now that we are finished with the entries.  Let's get down to who gets the goodies. 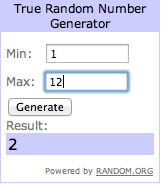 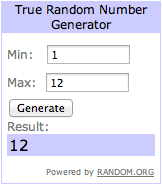 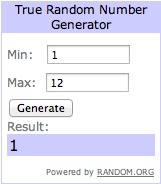 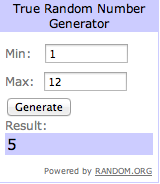 That's it.  I'll be sending these out this week.  Hope you all enjoy them.  This is Field Notes first go round on 4 color printing.  I have an account with these folks now so I will be doing these with the colors releases (4 times a year).

I am in need of some assistance.  My daughters daisy troop (and brownies) would like to find a group of kids to do some writing to for their pen-pal patches.

Do you know of anyone that would like to participate with a group of under 10 girls?

I am working with the troop leaders to come up with some designs for postcards for their troop and have the girls decorate/color/write on to make them their own.

So here is a chance to get a group of little ones into the snail mail world.

So if anyone has some suggestions, please email me istillwrite1 (at) gmail (dot) com.

OOooo.. Almost forgot.  I will be posting some more incoming for the giveaway tomorrow.
Posted by Derrick at 11:05 PM 2 comments:

So here is the first batch of entrants into the Field Notes "America the Beautiful" giveaway.

Some of you were pretty clever (bonus points) in more or less REALLY covering the bases (see travel again..  running the bases..)

Do we remember what this was for?  Hmmm.. anyone.. anyone at all.. Bueller..  You tall kid in the back.

Umm..  notebooks??  Give that man a bathroom pass!!  Yup  you are sending me little pieces of card stock imbued with pictures of traveling site (sight) seeing thingies for some of these.. 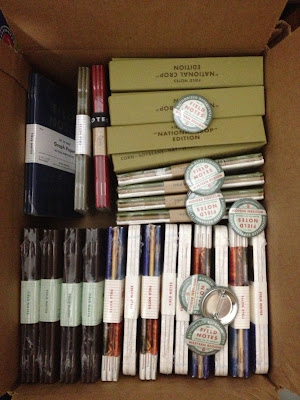 These are some of my notebooks.  The ones for this round are in the lower right corner. 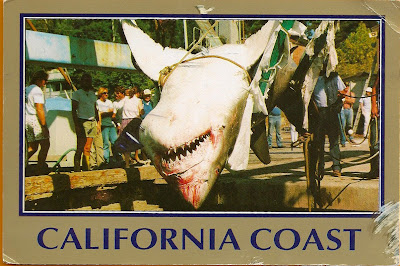 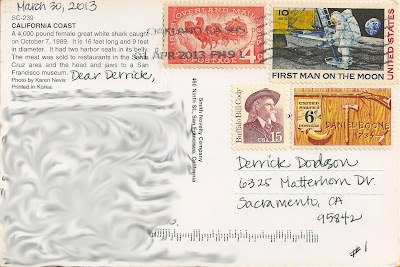 See this is where it got fun.  Notice the stamps. follow the theme :)  This is from Aimee. 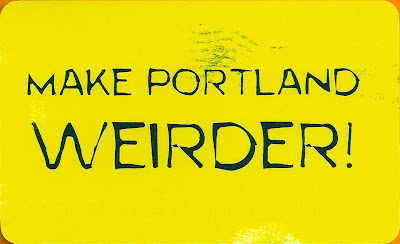 From Tami in,  hmmm I wonder.. 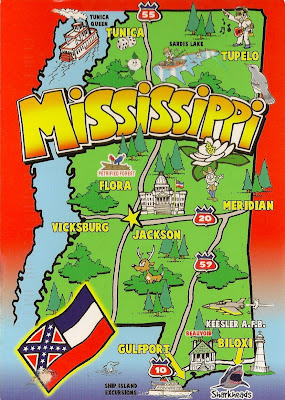 From Mr. Harris who recently returned from a trip. 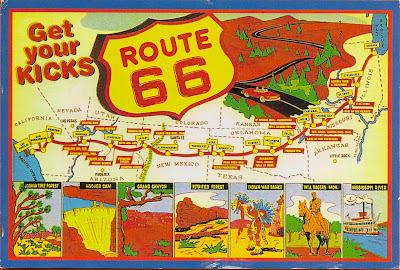 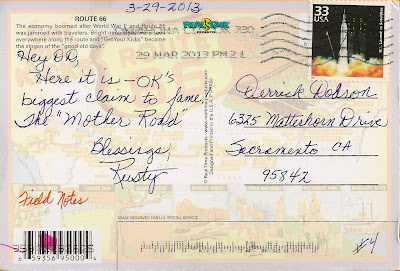 From Rusty, another double tap. In this case she sent a follow up to notify me she has received her FN subscription and let her entry go to another.  We'll see.  (she can't make me so there :p)

and finally from Mr. O'Brien who had an interesting take on the entry and earned him some points. 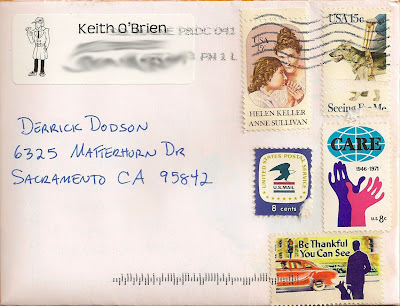 When I got this letter, I got it when I saw it.  and thought promptly of the church scene from the Blues Brothers. THE BAND!!, the band?, THE BAND!! 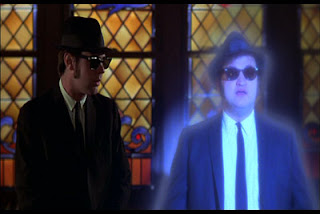 Remember I am giving away 4 sets of books. So keep sending - close for the giveaway is next Monday  (TAX DAY)