Of Cuts, Bruises and Owiees..

Today I received 4 pieces of mail. Two were from post crossers (I really need to get some more international rate stamps) and TWO from Limner!!

So let's get the first 2 out of the way. Post Crossers.

The first one comes from Holland and includes my first post crossing stamp.. Very nice.  Kaylee Loves her some cows. 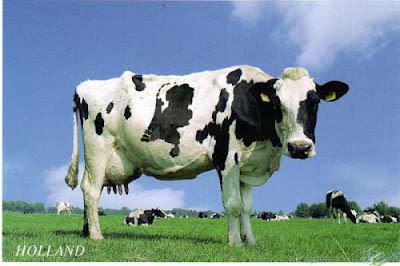 The second one looks like more of a scene in our kitchen at dinner time. GREAT card from Russia. 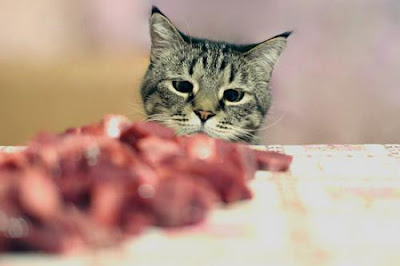 And now on to the main attraction.  Ms Limner.  I received my first mixed media mail today containing lots of ephemera.  Very interesting stuff that I need to figure out what to do with.  I received a lot of the kind of stuff I keep looking at in the scrapbook stores and drooling over, only to walk out with some neat papers for envelopes or some new pens or stickers.  THANK YOU.

The scan does not do this justice, the colors are far from washed out.  And Ms. Limner.  I ordered some brush pens from Jet Pens today..  Hopefully I can figure out some good use for them :) 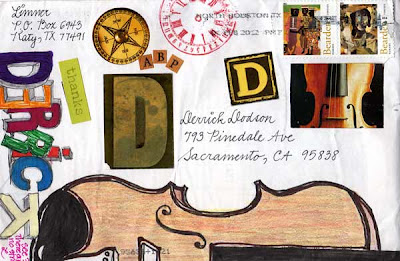 And for the second piece, also from Ms. Limner.  The letter. I almost though I riped something when opening this one.  I swear, every time I get a homemade envelope or altered one I'm terrified of ripping into something after the first letter envelope combo I received from Laurie.  Good thing I always look over the item carefully as she actually wrote on the back "Open here, Letter is also the envelope".  So Folks BE CAREFUL :)

In the letter she gave me a "recipe" for Cuts, Bruises and Oweeies, (see the title makes sense now:p)

I love how there seems to be many conversations going on here.  This is the back side. 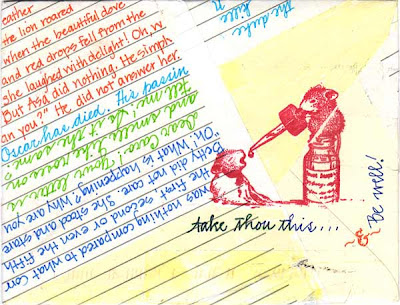 Ms. Limner, Would you like one of the MacWorld Care packages??  I have been saving stuff for a few special people.  Misty got the first one.  I wonder if it's there yet.